27
FEBRUARY, 2018
With major hydel projects becoming increasingly unsustainable due to environmental concerns and high costs, decentralised micro hydro power projects (up to 100 kilowatt) are gaining traction as a renewable energy source in Kerala and other States.
The Energy Management Centre, an autonomous agency under the government, has taken up work on two 10 kW vortex turbines at Kaduvetty in the Killi river, near Sasthamangalam, in the Thiruvananthapuram Corporation limits. The work is in progress and is scheduled to be completed by May 2018, according to G. Anil, Head, Small Hydro Power Division, EMC.
The Hindu: “Micro hydro power gains traction in State”
The vortex turbine harnesses flowing water in a river or canal and redirects it to a round basin to form a whirlpool which drives a generator to deliver decentralised clean energy at low cost for a neighbourhood. The low pressure turbine is easy to install and does not harm the environment.
Read full article
Back to Overview
AquaZoom is the business partner for this Vortex micro hydro power plant project at Kaduvetti. 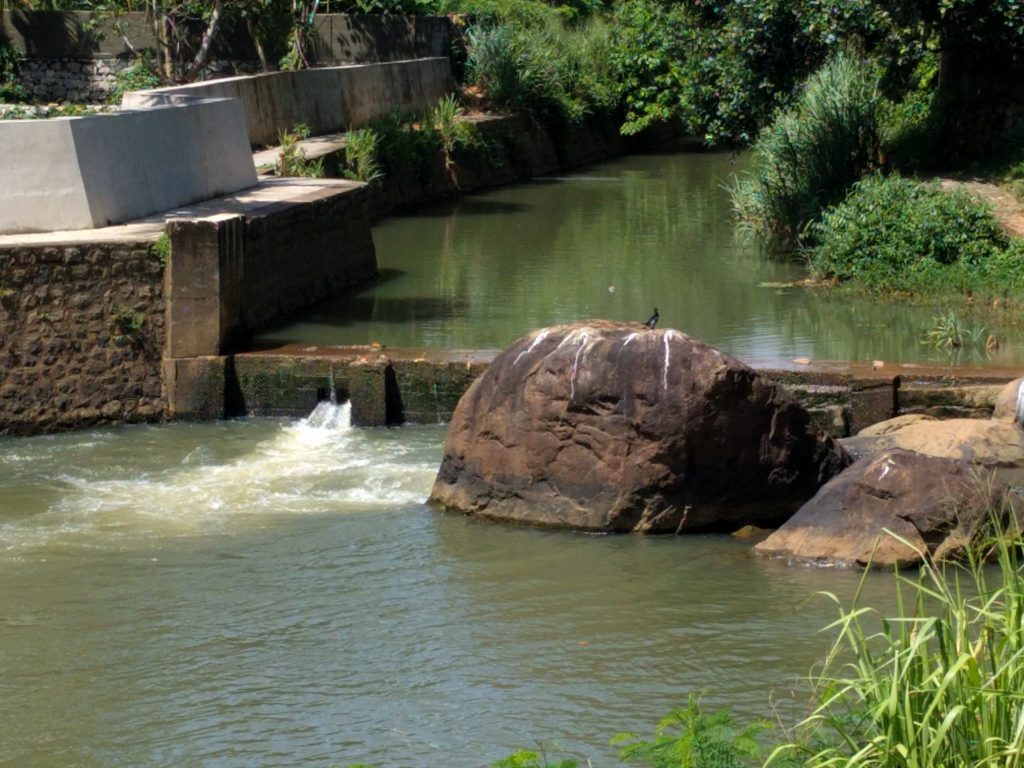 Learn more about the Project

Use this short form to email - or call us

A 100% Subsidiary of AquaZoom AG

Please use this short form to email

A 100% Subsidiary of AquaZoom AG